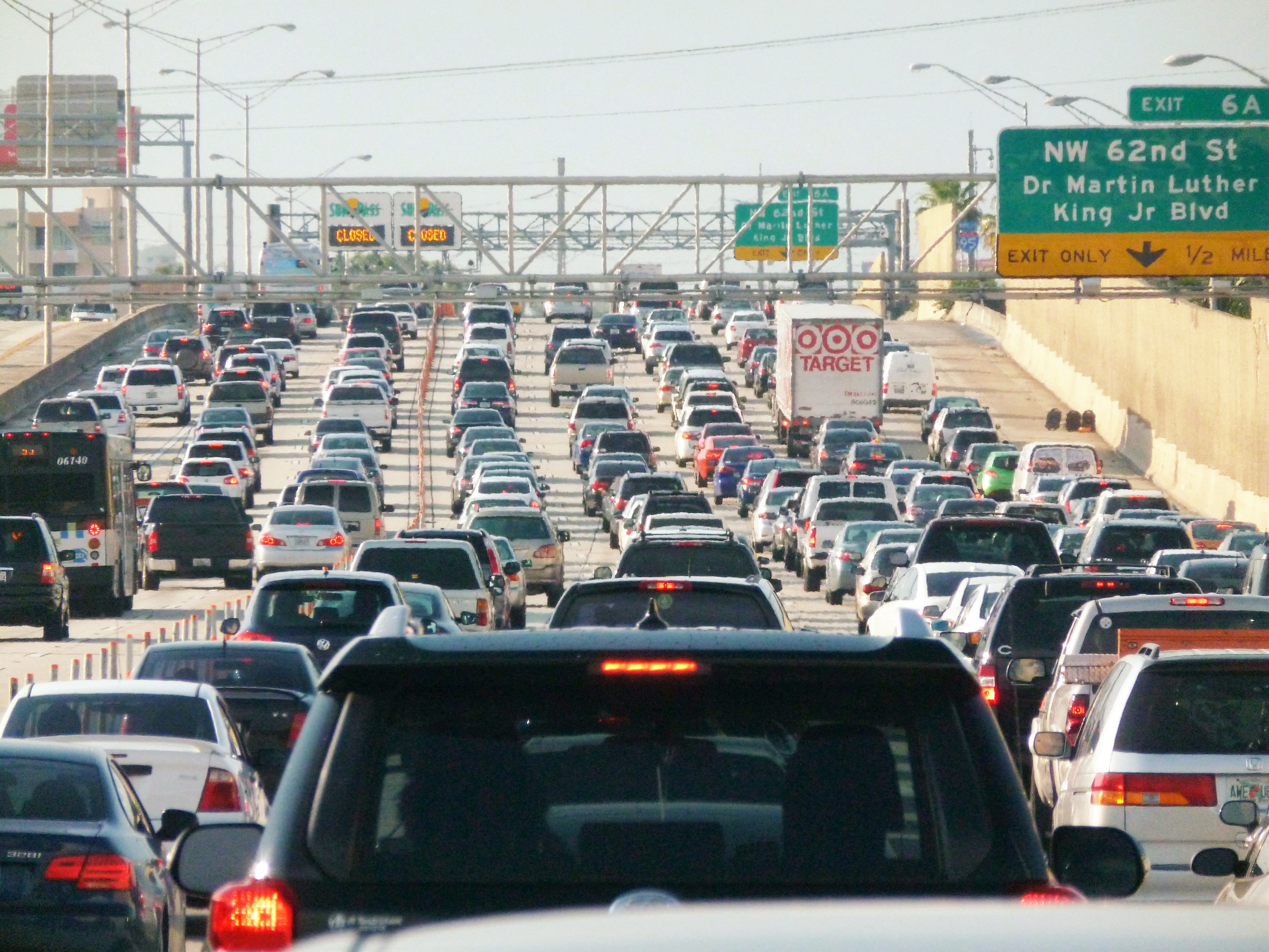 The other day, I found myself stuck on the highway in traffic, which was caused by a lane that was blocked so workers could wash graffiti off of an approaching tunnel wall and trim trees reaching over the highway’s guard rail. The natural reaction of many, if not most drivers in this situation was to place themselves in the shorter and/or faster lane, switching back and forth as necessary up to the point where the traffic jam dissipated.

A traffic jam is a very simple, real-world example of what game-theorists call a non-cooperative game: it is an activity, essentially a very slow race, in which multiple participants have a goal, getting to the end of the jam in the fastest way possible.  It is non-cooperative in that under certain conditions, a participant can better secure that goal for themselves by inhibiting others from achieving it. For instance, if the traffic jam is caused, as they often are, by the imposition of a large blinking light followed by traffic cones blocking off a lane, one can drive as far as one can up to the blocked lane, then merge at the last possible moment, cutting others off and slowing down traffic in the process. In doing so, a driver makes his own position better, but makes the jam worse for everyone else.

People behave in non-cooperative ways for a variety of reasons. Some may have a compelling reason for doing so – emergency ambulance drivers, to continue with our example, can initiate a traffic jam in this way. Others are inattentive, e.g. a distracted driver who slows down and rapidly switches lanes to avoid missing an exit. Others may simply be aggressive or selfish. Others engage in non-cooperative behavior as a preventative and punitive measure against the bad behavior of others, e.g. a driver who refuses to let another merge and thereby contributes to the backup in the merging driver’s lane. Still others, recognizing that their own good behavior won’t be enough to change the underlying situation in light of the uncooperative behavior of others, abandon their natural disposition on the grounds of futility.

Given the assumption that others will behave badly in a given situation, one cannot secure one’s own best outcome by behaving in a cooperative way, e.g. by staying in one lane, driving at a slow, constant pace, and letting others merge when they wish, rather than shifting lanes and closing traffic gaps as quickly as possible. Conversely, the only way to secure the best available outcome for everyone is if everyone (or at least the vast majority) behaves cooperatively, and thus refuses to consider their own advantage under changing conditions.

Let us call the best possible outcome, with respect to a given end, for a community as a whole, just. Understood in this way, not reaction to bad behavior, but indifference to it, serves as a precondition of justice.

Furthermore, for a just outcome in the above sense to even be possible requires that some suffer voluntarily so long as ideal conditions don’t obtain. In doing so, those who suffer under such conditions witness to the possibility of harmony among members of the community, a possibility that they themselves may never see realized.

Lastly, call the harmony of a community, with respect to its natural and chosen ends, consequent on the self-abnegation of its members, its culture.

Voluntary suffering under unjust conditions, then, would serve as a both a witness to and a condition for the very possibility of a common culture.