To understand the telos of philosophy, it is useful to go back to its beginning.

Consider the person of Socrates. Socrates is a teacher of sorts. He teaches no particular doctrine, but he teaches his interlocutors nonetheless.

Especially in the earlier Platonic dialogues, Socrates typically begins an inquiry by starting with some particular action or belief of his interlocutor. For instance, the Euthyphro begins with the fact that Euthyphro is taking his father to court on the charge of impiety. Euthyphro eventually says that he believes that this action of his is itself an example of something pious.

Throughout this dialogue and others, Socrates disabuses his interlocutor of some particular belief based on other things that they hold in esteem. In the Euthyphro, Socrates shakes Euthyphro’s confidence in his ability to justify the piety of this action, but precisely by keeping the higher concern on which this particular action depends – Euthyphro’s concern with piety itself – in view. This is Socrates’ midwifery: to take the good that his interlocutor already has in mind and to determine it in a given direction, stripping away those elements in the confused idea with which the determined idea is incompatible.  Socratic questioning is a means of helping the interlocutor to the object of his desire, and thereby to help him to himself.

Socratic midwifery only gives as much as it is given. Abstracted from the particulars of the desire of a given individual, Socratic instruction by immanent critique of the sought good of the interlocutor has the desirable as both its principle and its term. 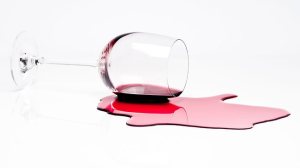 The Socrates of Aristophanes’ Clouds resembles the Socrates of Plato’s dialogues far more than the sophists with which Socrates contrasts himself in the Apology in this deeply important respect: he practices the method of immanent critique. He does not, as the Sophists do, instruct his students in speeches that serve as set pieces. Hence, it is reasonable to think that the Aristophanes’ critique of the “new learning” is far more a critique of genuine Socratic philosophy than one of mere sophistry.

That which is unjust is disjointed from its surroundings; in the Clouds, the character of Unjust Speech is, in its essential activity, disjointing. Whereas the manner in which Just Speech teaches is essentially by recollection and exhortation, Unjust Speech, that speech which is out of joint, succeeds in overcoming Just Speech by unhinging the different elements of Just Speech’s speech from each other – pointing out, for instance, contradictions in the legends that Just speech holds sacred. Yet Unjust Speech does not, and cannot, put anything in its place. Zeus has been driven out, and Vortex is now king.

Socratic method comes into its own at the beginning of the modern period – in part via the break with medieval ecclesial dogmatism, in part via the newfound centrality of a concern with method itself. Desire, no longer pre-formed by a holding of the sacred in mind, begins to become its own end, though philosophy does not become conscious of this happening until the start of the 19th century. Wholly stripped of its positive elements now unmasked as relics of a dogmatic heritage, the only tasks remaining for philosophy are to help each individual to him/herself, and to coordinate this in such a way that the desires of individuals interfere with each other as little as possible. Hence the pluralism and the consequentialism of philosophy as such in its attainment of its own absoluteness.

Even today, philosophy is characterized by precisely this form of hospitality. One speaks of philosophical instruction as teaching a method as opposed to a particular doctrine: it teaches the art of arguing well, even if it knows little in the way of actual conclusions. In other words, in coming to its own, philosophical instruction has become aimless. And having gnawed away the trunk that supports its very striving, this desire itself withers away: the dominant attitude of thinking becomes less and less the arrogance, misguided yet passionate, of the early modern period (though this is still easy enough to find today), but apathy, bewilderment, stupefaction.