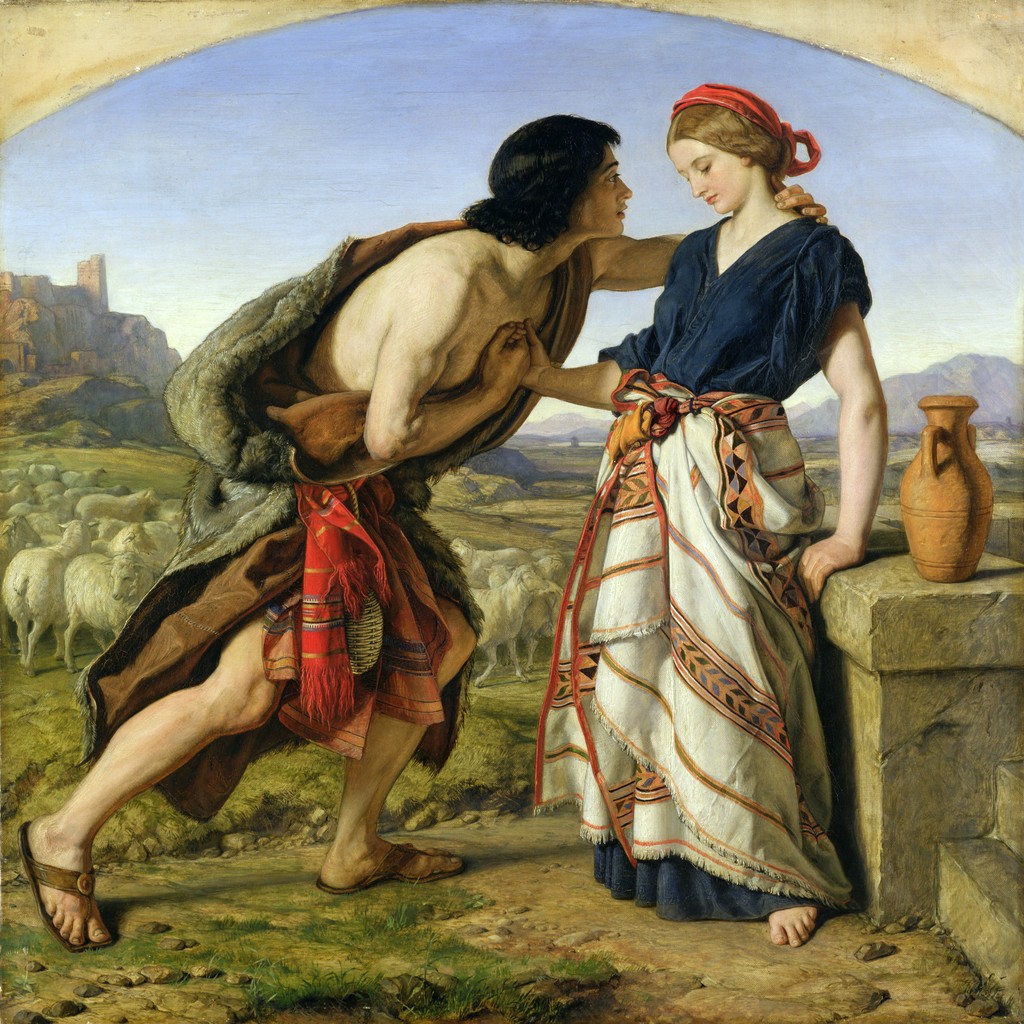 At Genesis 29:16-17, we find the following description of Laban’s daughters, both of whom the patriarch Jacob would wed.

‘Now Laban had two daughters; the name of the older was Leah, and the name of the younger was Rachel. Leah had weak eyes, but Rachel had a lovely figure and was beautiful. (NIV)’

There is, however, something in the vicinity that does belong to an appropriate contrast class: Leah’s sight – not, that is, her capacity to see, but rather the sight of her, how she appears to others.

The original sense of the text would be that Leah was a weak sight – or, if Saint Jerome was cribbing from a Greek variant, a fat sight (lippus is cognate with the Greek λίπος, ‘fat’) – while Rachel was beautiful. We’ll assume the first.

It’s unlikely that a text that unambiguously referred to Leah’s appearance would have been corrupted to the point of referring instead to her eyes. What’s more likely is that an ambiguity in the original meaning was lost.

Today, sight is regarded as a power present in an organ, namely the eye. The appearances of things external to the eye is itself consequent on this power to see. In more extreme forms of this view, qualities like color and brightness do not exist in the thing, but in the mind: beauty is, as they say, in the eye of the beholder. In this construal, the being of a certain class of beings (the look of things) is reduced to that of a power (sight), which is in turn reduced back to the being of a part (the eye), which is itself grounded in the being of a subclass of objects (sighted animals).

But this isn’t the only way to view the matter. Alternatively, one can begin with the being of the sight itself taken as a whole, within which the seer, the seen, the showing of the seen as its manifestation to a seer, etc., all play various roles. The term used to refer to the whole can then be transferred by synecdoche to its various parts, with different specified interpretations appropriate to different uses. Words like ‘look’ and ‘sight’ still have this ambiguity in English today. Over time, words sometimes ossify to refer to a part where they once referred to a whole. Hence, the English ‘deer’ is cognate with the German Tier, ‘animal’, while ‘jealous’ and ‘zealous’ partition positive and neutral-charged versions of a phenomenon described by the same Greek root.

But in the biblical case, the direction of the reduction is important. In the thinking of the passage we’ve charted out, one finds a weakness in the sight of Leah, and a sight of beauty with Rachel. In the reductive reading, it is not merely that the sight of Leah’s is reduced to the wrong object – her eyes, rather than her appearance – the same reduction is present ‘correctly’ with Rachel’s beauty: it is no longer what is present with her in the event of her presence before Jacob; instead, it is a property of her appearance which stands opposite the eye of Jacob. In the second case, then, the reduction of the whole to a relation of properties to objects brings with it a duplication of correlated properties, e.g. the gaze of Jacob and others, and the task of explaining their correlation.

From this arise the two characteristic tasks of later western metaphysics everywhere we find it: the explanation of the unity of being by reduction of some beings to others as real, and by the correspondence of beings which belong together as truth.