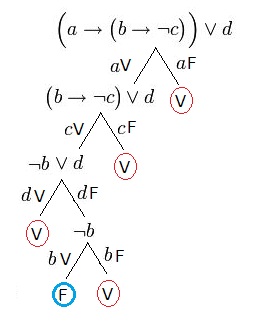 The standard axiom for deontic logic, (D), reads as follows:

An equally well known principle, albeit more controversial, is that obligation implies possibility.

The principle the axiom captures is often referred to simply as ‘ought implies can’.

Logic itself, on at least one conception, is a normative discipline: it is about inferences we ought to make.

Applying (OIC) to the subject matter of logic conceived as such, the principle states: any axiom of the correct logical system is one capable of being inferred by the reasoners to whom the obligation to reason so applies.

A problem with this is that as is well known, some axioms of just about any propositional modal logic are infinite in length: for instance, □((p v ¬p) & (q v ¬q) & (r v ¬r)…) i.e. the conjunction of excluded middle for each propositional parameter in the language. If you reject excluded middle, then you can substitute some other example to make the same point (or not!).  The problem, then, is that deontic logic, applied to the domain of logic as such, requires those obligated to reason so to be capable of completing infinitely long chains of reasoning.

Thus, applying a claim of deontic logic reflexively to logical reasoning implies that most theorems of most logics, including those of standard deontic logic, should be rejected.