This week’s recommendations include two posts.

Whatever permits being publicly funded by the state is deemed a public good by the polity that funds it.

Therefore, nothing which permits being publicly funded by the state is a private good

Whatever is deemed constitutionally protected under the justification of privacy is a private good. Since private and public are mutually exclusive categories, no such goods are public goods.

Public funding for abortion is required by law in multiple U. S. jurisdictions, and hence would be deemed a public good by those same jurisdictions.

By the same criterion, it cannot constitute a private good in contradistinction to a public one, and thus cannot be legally protected under grounds of privacy.

But the grounds on which abortion is legally protected are exactly those of privacy.

Therefore, abortion may be publicly funded in U. S. jurisdictions if and only if it is not constitutionally protected. 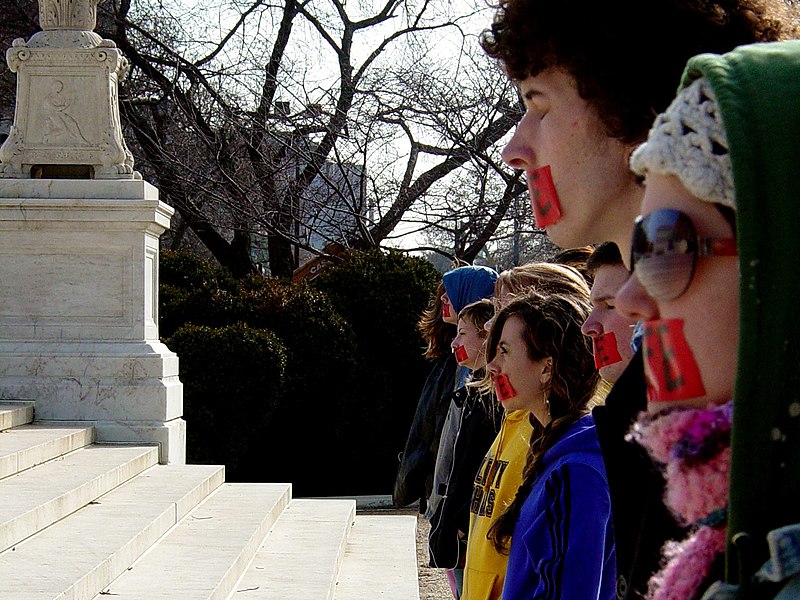 I recently had a disagreement with a friend over what, to me, seemed to be a minor issue of academic interest, namely whether deliberately structuring a work of fiction so as to illustrate a moral message would degrade the character of the work. The other party to the conversation, an aspiring author, passionately disagreed with me on the matter, to the point of being offended by my view.

In what follows, I intend to focus not on the topic we disagreed over but on what the instance can tell us about how passionate disagreement itself arises and operates.

It’s clear that the fact that my discussion partner was aspiring to be a novelist is not irrelevant to the matter. More generally, a disagreement that brings into question a person’s understanding of self is more likely to be passionate than one that doesn’t. For example, moral disagreement generates more passion than disagreements in mathematics (except, perhaps, among some professional mathematicians, which only proves the general rule).

Self-identification is a contingent act of understanding oneself in the light of a non-present, non-necessary goal or end. The act need not be one of explicitly modeling oneself after another – as a Christian, for instance, may model his life on that of Jesus, but may be more generally one of comporting oneself in accordance with what an end demands – as a writer, for instance, comes to have a given understanding of self according with his or her idea of a good work. The end sought is not a present, achieved one, but one that serves as a regulatory ideal of the nature of a certain good, which brings with it a corresponding concept of the self. The goal is non-necessary, not in that it is avoidable, but only in that the act of fully accepting and living in accord with it is. A king, for instance, may be born into his position, and societal pressures may be such that he lacks the choice of being anything other than a king. But such a king could still fail to seize the end of ruling a people rightly as his own end.

Because self-identification is consequent upon the acceptance of a given goal or end, it can never be understood as arising from something that lacks the nature of a goal. Thus, for instance, examples like being black, being female, etc. can only have the nature of identities inasmuch as they refer not to material qualities like gender or skin color, but rather to the implications those qualities have for a way of living. Hence, for any thing, there can only be a self-identification as that thing if there is a corresponding way of being that thing.

Inasmuch as passionate disagreement is disagreement about ends, which bring with them a corresponding conception of self, such disagreements are never merely factual, in the sense that they may be adjudicated by appeal to some present, objective state of affairs. Rather, passionate disagreement, inasmuch as it concerns a non-present goal, involves a concept of being that ‘stretches’ through time: a person who disagrees passionately is one whose vision not of a given moment, but of a lasting movement, is interrupted. Part of what makes this disagreement passionate is that ceding one’s vision involves the abandonment of plans, hence the abandonment of a possible future, of one’s self through time, of a way of life.

A matter of passionate disagreement thus confronts the individual with the task of breaking with their current understanding of self by confronting them to abandon a given end. The passion it invokes will be proportionate with the depth of the matter itself and the breadth of the self-conception of the person thus challenged. A person who is ‘full of himself’, as the phrase goes, to the degree that this person is able to be confronted, will have more frequent occasion to be angered. Absent the task of emptying out his self-conception, such a person’s only alternative will be that of hardening the self to outside influence. Hence, a person with a wide conception of core self-identity is likely to become either irascible or impenetrable. Correspondingly, societies which encourage a wide concept of core identity are more likely to generate such individuals.

Traditional religions provide a name for the break with the past which a matter of passionate disagreement demands: conversion. It is thus understandable that disagreement arises with the greatest frequency and intensity in matters that, in a broad sense, should be described as religious (from the Latin religare, ‘to bind back, to bind in response’). Passion arises when the task of binding oneself to a goal, and with it, the unification of one’s life through time, is interrupted by a call to break with one’s past and rupture one’s conception of self, a call to conversion. If we see this phenomenon arising with greater frequency in secular society and less in traditional religious settings, this would seem to suggest that the principal loci of modern religious sentiment may have navigated away from the dominant loci of traditional religious content, and hence are not what they once were. 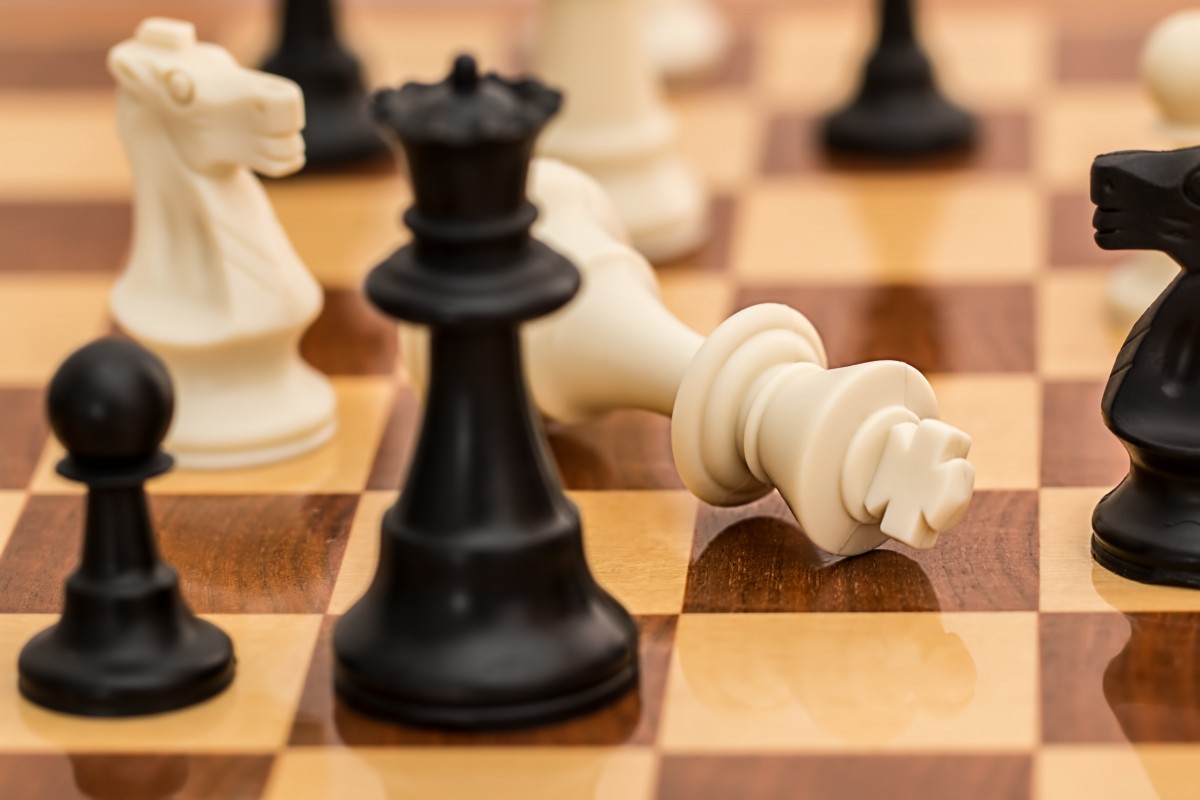 In a simple statement, the proof that a statement is false is a proof that what it attributes to the subject is not attributable to it. Such a proof may occur either solely by way of explication of the being of what is named by the subject and predicate, or it may occur by way of the addition of information about other beings. In the first case, a proof will concludes to a necessary conclusion about the nature of the things in question. In the second case, the conclusion may be merely factual. In every refutation of a thesis, an explication of the nature of what is named in its terms must play at least a partial role.

For instance, utilitarianism is a view that contains, as one of its constitutive elements, the thesis that what it is for something to be good is for it to be useful. But the nature of utility is such that something is only ever called useful with respect to a given end. Hence, whenever someone calls some thing a useful, this must be read as saying that thing is useful for some end b, i.e. a is useful for achieving b. But goodness is not only said with respect to some end. Some things are good without respect to ends, viz. those ends themselves. Therefore, utility is not goodness. Therefore, utilitarianism is false.

When a constitutive part of a view is refuted, such a refutation is ipso facto a refutation of any view or thesis that implies the original view, including any subspecies of that view.

A consequence of this is that no refuted view can become unrefuted by the addition of further nuance to that view, provided it remains a species of the originally refuted view. Hence, attempts to avoid refutation by the imposition of nuance constitute a failure to understand how refutation works. Given that this is the de facto means by which views are modified over time in academic literature on philosophical questions, the implication is that this failure of understanding is widespread.